New features, releases, and updates: What’s next for Klima

How is Klima evolving to better serve its community and the planet? There’s nobody better to ask than the product team. We sit with Rosa, head of product management, and Jedrzej, senior QA engineer, to talk about the technical future.

Klima has one product for two platforms, Android and iOS. How does that work?

Rosa: We operate as one team, with two sets of engineers. Nevertheless, some crucial parts of our codebase are shared between teams. But this means that whenever we want to release a feature, we have to build it twice. For the sake of parity, we generally try to work on the same things for both platforms — allowing our communications department to talk about features generally, not X feature for Y platform.

On a more technical note, it’s important for us to keep the native and responsive experience of both platforms. We’ve also been experimenting with having the platforms slightly out of sync, so we can release early on one platform while still developing on the other.

How does this lend itself to product features?

Rosa: This means we can incorporate lessons from the first platform immediately into the second. Impact achievements are a cool example of this — live on Android but not yet on iOS. These reward screens show users how much CO2e they’ve kept from the atmosphere over time, represented in palpable terms: like a patch of ice, or the amount a car generates in one year.

Klima Guides are built in the same way. They’re quick lists on how to curb your footprint across various lifestyle themes. Current examples include traveling, transport, households, and even owning a pet! And, of course, we’re adding more every week.

How will Klima let keen users do even more for the planet?

Rosa: Custom offsets. Users will soon be able to offset more than their carbon footprint. This could be any higher amount, but we also give stepped options: 100, 120, or 200% of their footprint. We’ll also be offering Paypal as a form of payment, which we found to be important for the German market.

Jedrzej: We have a vivid community of beta testers who want to help us with their feedback, and enjoy fresh-out-the-oven features before everyone else (join them on iOS through this link!) One thing that I’m really excited about here is early access to Xcode Cloud Beta programme. We’ll use this for faster builds, which are tested quickly and automatically. This means that developers won’t need to wait for test results. It’ll also help distribute builds more efficiently.

Keen users can also benefit from the graphs we're adding to our design library, helping them visualize their impact. At the same time, we’re testing new functions with our beta community to grow our user base exponentially. Although I couldn’t possibly say right now, we may one day wrap these into one very exciting new feature.

Intriguing! How is the app experience improving for users?

Jedrzej: We’re trying to create the best UX, with beautifully crisp images and videos. These assets, however, can bloat the download size. But Android has a clever way around this: by optimizing APKs according to the user’s device. A smaller phone, for example, won’t display our full-resolution videos. This individualization doesn’t just smooth the UX, but reduces download size and thus our digital carbon footprint. As a climate company, we can definitely appreciate this nod to sustainability.

Since launching one year ago, we’ve had a stethoscope hooked to our community, listening for all constructive comments, complaints, and wishes. It’s the literal job of our product team to absorb this feedback into future updates. And they’ve been busy! But we’re happy to be growing on all sides: our tech, our user base, and our team. Take control of your climate impact and join us. 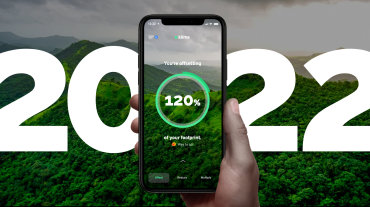 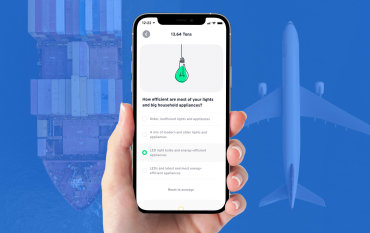 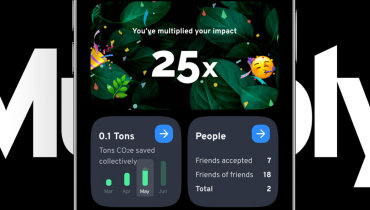 Introducing Multiply: Let’s start a climate movement
October 11, 2021
Let’s stay in touch!
Sign up for our regular Community Update
We care about protecting your data. Here’s our Privacy Policy.