Climate change drives inequality. How can we fix it?

Climate change is a global phenomenon that’s already affecting lives all around the world — but the truth is, it doesn’t affect everyone equally. Some people will get hit harder, and sooner, while others may have decades before their lives are severely impacted. If we’re going to make sure millions don’t get left behind, we need to understand the complexity of climate inequality.

Over the past several decades, billions have been spent trying to reduce global inequality. The good news? We’re making progress. Cross-country inequality has actually decreased significantly over the past fifty years. But there’s bad news, too: Climate change has almost certainly slowed that progress, leaving hundreds of millions of people trapped in poverty.

According to a study by two Stanford University researchers, “although between-country inequality has decreased over the past half century, there is ∼90% likelihood that global warming has slowed that decrease.” They point out that this is a double-whammy. Not only have poor countries often been unable to benefit from fossil fuel use, they’ve actually been significantly harmed by the warming that’s already occurred because of rich countries' energy consumption.

The lowest emitting countries are feeling the worst effects

If we dive in for a closer look on a national level, we can see how climate change makes cross-country inequality worse. Let’s take the example of rising seawater: Many low-lying nations, like Bangladesh or the Marshall Islands, suffer from poverty after centuries of conflict and underdevelopment. They struggle to provide basic services to their populations even without climate change. Now, they’re facing stronger storms, rising waters, and food scarcity, all connected to the changing climate.

Meanwhile, rich and low-lying nations, like The Netherlands, have spent decades and billions on research and infrastructure to protect their populations from the worst effects of climate change. In fact, climate change has turned into a business opportunity for some Dutch companies, as they export their engineering and water-management knowledge.

What makes this all the harder to swallow, is that poorer countries like Bangladesh aren’t responsible for the emissions that drive climate change. They’ve historically emitted some of the lowest emissions per capita. In fact, the poorest 50% of humanity accounted for just 7% of cumulative emissions between 1990 and 2015.

This doesn’t just affect less developed countries. Within national borders — in every country — poorer communities are more likely to be affected by our changing climate. Families with less money have less choice in where they live, and often have to make a home in more disaster-prone locations. That leaves them vulnerable to the next storm, drought, or fire, and less likely to recover from it.

An example is New Orleans, where Hurricane Katrina famously devastated poorer, less elevated neighborhoods like the Ninth Ward but left wealthier areas largely intact. Research shows that even a decade after “residents whose homes flooded during the storm had lower credit scores and rates of home ownership.”

You can see the same pattern repeat itself again and again: People with fewer resources tend to live in places that are less desirable, less protected, and most likely to be hit hard by the next big disaster. After the disaster hits, they have little to no recourse to build their lives back up. If climate-connected disasters become more frequent, we should expect to see inequality continue to worsen.

Pollution hurts health and our climate

Poorer communities are often located near emissions sources, like garbage dumps, petroleum processing centers, or chemical plants. These pollutants don’t just drive climate change, they also cause health problems for the people who live nearby.

Take air pollution: It’s the poorest people who are most affected. They tend to be priced out of areas where the air quality is better. Air pollution leads to premature death from heart disease, stroke, and cancer, as well as asthma and other respiratory diseases.

Places like “Cancer Alley” in Louisiana see the effects, as populations struggle with higher rates of miscarriages, cancer, and disease due to heavy industrial processing plants clustered in the region. Richer families can just move away, while those without resources and mobility are left behind. Once again, the poorest are least likely to contribute to the problem, but most likely to be harmed.

The story is clear: While rich people emit the most, the poorest suffer the consequences. What’s more, solving inequality can help solve climate change. Think about it: If billions of people, with all of their individual ideas, talents, and energy, are unable to access opportunity due to inequality, we’re missing out on uncounted climate solutions.

What can we do?

There’s plenty we can do to fight for climate justice, reduce inequality, and shrink our own impact on the climate. Ready to get started?

First, take steps to advocate for stronger policies and political action. Vote early, vote often, and vote for candidates that understand we must act quickly and decisively to keep global temperatures from rising. You can check out our collective action guide for more ideas.

Next, reduce your own emissions: Buy less and buy better, eat more plant-based meals, and switch to a climate-healthy commute. After all, we can’t vote every day, but we eat, commute, and use energy daily. The good news? Most choices that are good for the climate are good for your wallet and health, too. Check out our Simple Guide for more ideas.

Lastly, if you’re able to, consider offsetting what you can’t reduce with Klima. With a simple monthly subscription, you can fund sustainable climate projects that help reduce inequality. Each of our projects benefits the local community, through initiatives like skills-training, education, and women’s empowerment programs. You can read more about them here. 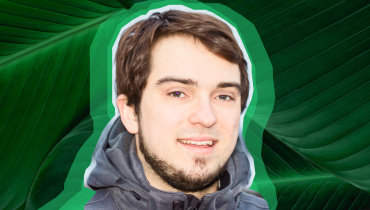 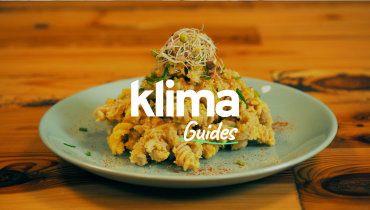 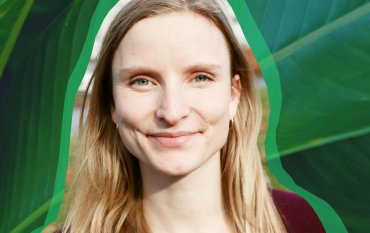