How to talk about climate change: Klima’s guide to constructive climate conversations

Talking about climate change can be difficult. Here are our hacks to have a climate conversation that inspires—and leads to action!

We’re not going to lie: climate change is a tough topic that can easily build up to feelings of anxiety and helplessness. In fact, 7 in 10 Americans believe that climate change is real, but a whopping 2 out of 3 people rarely if ever talk about it. That means only 3 in 10 people are talking about climate change. That includes sharing news and information to their personal reactions and initiatives they’re taking.

But keeping your frustration to yourself can actually be counterproductive, slowing down the collective mindset shift we all need to solve the climate crisis. On the contrary, we can transform those negative feelings into a powerful sense of agency by laying the foundations of climate action through meaningful climate conversations. Because the more people demand change, the more likely it is to happen.

Why we struggle to talk about climate change

Many people feel ill-equipped to talk about climate change due to a lack of facts or information they know by heart. Others don’t want to talk about scary things or cause an argument with people who might disagree. There’s also a feeling for many that as individuals, we simply can’t make a difference, and so we give in to a sense of apathy.

These are all very common emotions when it comes to grappling with climate change, and not just in the US. A global survey by the Yale Program on Climate Change Communication found that the majority of respondents in nearly every area surveyed (108 out of 110) are “very” or “somewhat” worried about climate change. And rightfully so. Never has the human species faced such an all-pervasive, existential threat. And that triggers huge fears in people—which can lead to bottling up feelings rather than being able to face them head on.

But it’s not all doom and gloom. Think of all the positive news of the past few years: solar energy has become the cheapest energy source in the world, France has banned short-haul domestic flights in favor of train travel, Lula’s election in Brazil could cut deforestation in the Amazon by a whopping 89% in the next decade, and China is building the world’s largest wind farm which could power 13 million homes. And these are just a few examples.

Why talking about climate change is so important

If we’re seeing (albeit slow) progress in news coverage, social, and governmental action, and climate tech today it’s because people have started talking about climate change more and more, and making informed climate-friendly choices. And that includes protesting and advocating for the planet, demanding climate-conscious products and services, all the way down to chatting to your neighbor about the environmental impact of fashion or the meat industry.

Another important point is that we are social beings, and as such our worldview and behaviors are heavily influenced by how our peers think and act. That’s why it’s so important that we let our friends, family, colleagues, and neighbors know that climate change is something we care about—and that they should, too.

By encouraging conversation, we can demonstrate that there are tons of ways they can help our environment, and that every effort counts! And by preparing yourself to stay respectful no matter the outcome you can hopefully plant a few positive seeds.

Our top tips for talking about climate change effectively

You already know what you think about climate change. Now you need to find out what your interlocutor thinks. Start off on the right foot by asking questions and listening respectfully to find out which values you have in common. Perhaps you both enjoy food or travel, or you’re both parents and worried about the future of your children. Once you find that commonality, you can slowly integrate climate change into the conversation, and discuss how it might affect that area of your lives and what you can do to create a positive change.

Extreme heat and weather events, the fact that we’re on the path to exceeding 1.5 degrees, wildlife populations having dropped 60% in 40 years: there are a lot of scientifically proven facts that show the urgency of climate action. But while facts are interesting, feelings are powerful. Talking about how you feel builds trust and empathy, and is less likely to lead to debate around facts. Use sentences starting with “I” and talk from your perspective, such as “I’m scared about the rate of glaciers melting.”

Highlight that a stronger public awareness of climate change has had a real effect on consumer demands, corporate practices, and policies. Think about plant-based diets: the number of vegan consumers in the U.S. grew a whopping 600% between 2014 and 2017, and so did vegan products. This has saved millions of tons of greenhouse gasses and countless animal lives. Or take the 2019 lawsuit against Shell, where Friends of the Earth and over 17,000 plaintiffs took the energy company to court for failing to deliver ambitious climate pledges: thanks to these activists, Shell was ordered to cut their carbon emissions by 45% by 2030. The power of collective action is truly immense!

Many of us dream of the moment when we calmly introduce the most shocking climate facts to our climate-skeptic uncle, and he’ll be so blown away by all of that new information that he’ll suddenly become a fervent climate activist. That rarely happens. People don’t like to be told they are wrong. So instead of obsessing over changing your uncle’s mind, start by giving him some food for thought. Then perhaps you can move to the next level in your next conversation.

Are you going to a climate protest? Buying goods in 100% recyclable packaging or reducing your meat consumption? Or perhaps you stopped flying for the sake of the climate? Let others know and encourage them to participate in challenges together, such as meat-free Mondays, cycle commuting for a month, or taking a train holiday. And then celebrate your achievements together! Sharing small, achievable steps is a great way to inspire others without sounding evangelical.

Want to learn more? Check out Klima’s Instagram or blog for more great tips on how you can become more climate-friendly, and inspire others with your actions. And if you’re a Klima member, check the “Reduce” tab in the app for personalized tips and tricks for sustainable living. 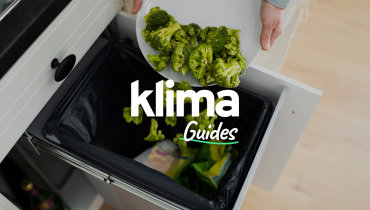 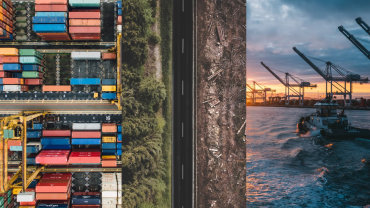 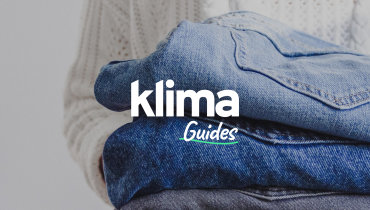