IPCC leak: We won't change the world without changing ourselves

As we lace up our shoes for the upcoming UN Climate Change Conference, we want to revisit the recent IPCC leak. It's important for several reasons, not least because it finally highlights individual action as a key part of mitigation. Of course, governments and businesses must prioritize planet over profits. That’s paramount. But beneath this high-level change, individual action can help save more people and places from impending climate catastrophe.

What was the leak all about?

An upcoming part of the IPCC report — titled ‘Mitigation of Climate Change’ — was scheduled for release in March 2022. However, it was leaked last month by a faction of researchers. They claim to be concerned that some of the report’s damning conclusions could be blunted by oil interests ahead of its release. The publishing website, Scientist Rebellion (an offshoot of activists Extinction Rebellion), justified the leak in highly emotive terms, pleading for urgent action.

The report kills the claim that individual action is meaningless: “Individuals can contribute to overcoming barriers and enable climate change mitigation.” It adds that if 10-30% of the world’s population committed to low-carbon habits, these ‘new social norms’ would help crank down the global footprint.

In particular, residents of wealthier countries (hint: that's probably you!) must embrace lifestyle changes; like less flying, less AC, and switching to e-mobility. The report stresses, however, that for collective action to be valuable, governments and corporations must commit heavily — and immediately — to cutting emissions. That’s the headline here. Individuals can make a tangible difference, but only alongside radical system change. Essentially, we need to do it all.

But what is the IPCC, and why should we trust them?

Climate science is vast. No one person, government, or paper can claim authority on it. That’s why the UN created the Intergovernmental Panel on Climate Change (IPCC) — with the express goal of consolidating all human understanding of this topic. The IPCC doesn’t do research. Instead, it summarizes climate science, in its full scope, into clear reports that inform policymakers.

They first mobilize an army of scientific experts, who are divided into action teams. These teams review thousands of climate-relevant papers, from fields like biogeochemistry, atmospheric chemistry and paleoclimatology (that’s dinosaur climate!) The IPCC puts all this research into rational order, furnished with calculations of probability and risk. Then, representatives from the 195 member states of the IPCC dissect the report line by line.

Due to the mountain of research reviewed, and the rigorous process of reviewing it, the IPCC report represents the scientific consensus on climate change. It’s a sober, measured assessment that is cautionary by design — containing filters that moderate any extreme literature. With it, the IPCC has settled some basic facts: Humans are changing the planet’s climate, which will come at a big humanitarian, ecological, and economic cost.

What did the first report say?

In early August, the IPCC released the first part of their report, titled ‘The Physical Science Basis’. The report shows it’s getting hotter, with sea levels rising and glaciers retreating, and that it's ‘virtually certain’ that extreme weather events are becoming more intense and frequent. Grim stuff, for sure, but we know most of this. People all over the world are seeing the effects of climate change, and the report simply corroborates what’s already happening.

So what’s different? Well, the IPCC has ditched the neutral language. Previously, the panel’s inherent caution caught flak for being too conservative — understating predictions like sea level rise and ice loss. Their terminology reflected this, stating projections with a ‘high’ or ‘medium confidence’. The latest report, however,  is embossed with the word ‘unequivocal’ — i.e ‘It is unequivocal that human influence has warmed the atmosphere, ocean and land’. This is telling. As the science solidifies, the IPCC is now expressing itself definitively.

But perhaps most importantly, the report indicates there’s still time: ‘It is virtually certain that global surface temperature rise and associated changes can be limited through rapid and substantial reductions in global greenhouse-gas emissions.’

We can avoid a nightmare scenario if the world acts in unison to cut emissions. Not in the near future, but now. Although we might not be able to stop a 1.5 degree temperature rise, every half-degree of warming avoided will reduce the catastrophic impact of climate change.

The ball rolls to our feet

The IPCC is the rightful authority on climate change. Its latest report states, with slicing clarity, that governments and corporations must act now. And information from the recent leak lends armor to the idea that individuals can play a critical role in climate change mitigation.

At Klima, this news validates our mission. We’re proud to help our members make climate-healing lifestyle changes, and offset the CO2e they can’t reduce. While you may not be a politician or corporate exec, our app gives you power over your personal climate impact. Go carbon neutral at the touch of a button, and do your part for the greatest comeback story of our generation. 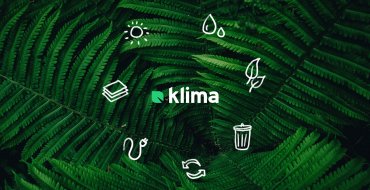 Walking the talk: Our sustainability practices at Klima
April 19, 2021 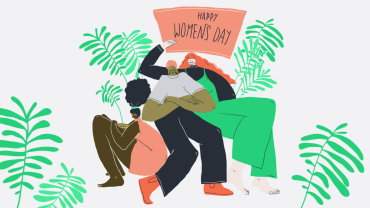 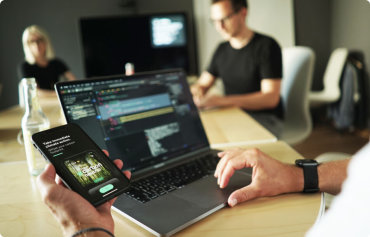 The three goals that guide all our product decisions
March 3, 2021
👇
Make your inbox a little greener
Sign up for special offers, climate tips, and the latest news from Klima.
We care about protecting your data. Here’s our Privacy Policy.
Made with ❤️ in Berlin.